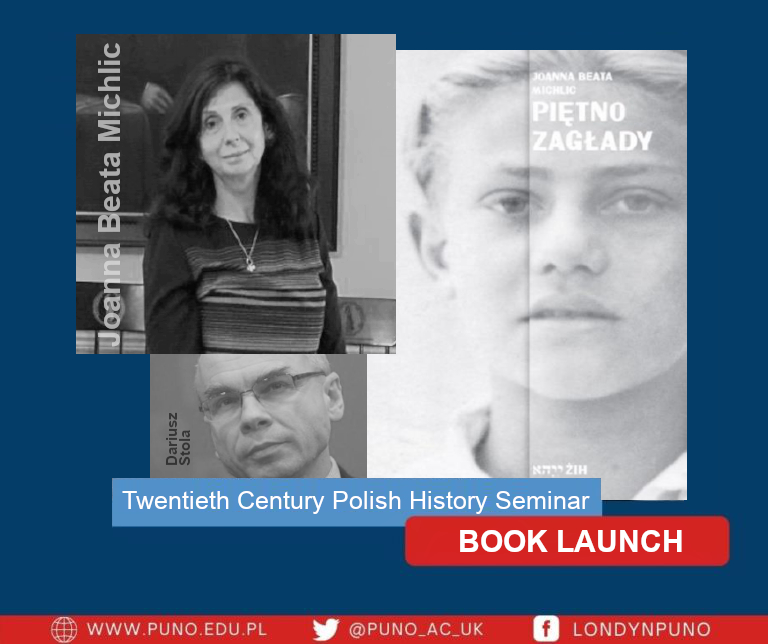 Prof. Michael Fleming and Dr Wojciech Rappak invite to the Twentieth Century Polish History Seminar for a book launch on 8 December 2021 at 6.15 GMT via ZOOM: „Piętno Zagłady: Wojenna i powojenna historia oraz pamięć żydowskich dzieci ocalałych w Polsce” (The Scars of the Holocaust: The wartime and postwar history and memory of Jewish child-survivors in Poland) by Joanna Beata Michlic.

In Piętno Zagłady Wojenna i powojenna historia oraz pamięć żydowskich dzieci ocalałych w Polsce, the author Joanna Beata Michlic explores how Polish Jewish children adapted to and remembered wartime traumas, how they dealt with the loss of childhood and with the destruction of their families, their peer groups, and their entire pre-war worlds. She draws a map of a wide range interactions between the children and adults not only during the war, but also in the immediate post-war period – the turbulent, short era during which the children’s future had been shaped. The immediate aftermath did not bring out necessarily a sense of joy and freedom amongst the Jewish child survivors, but, instead, was marked by major complexities and contrasts between the hopes expressed and the actual opportunities open to the child survivors. The children’s lives at that time were filled with a multitude of uncertainties, fears and anxieties, as they were confronted with fundamental existential questions of “Who Am I?”, “Who are my family?” ‘Where do I come from?” “What should I do next?” and “Who should I trust?”