The Polish University Abroad in London

The Polish University Abroad in London 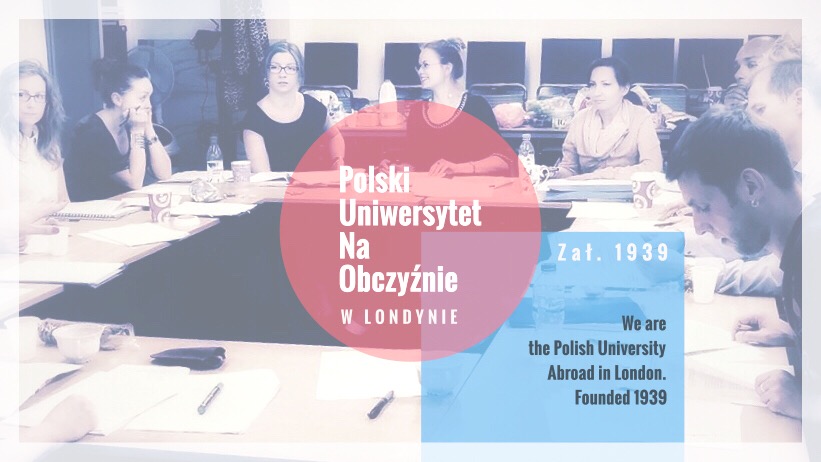 Our Mission and duties

Our mission is to serve all generations of Poles who, outside their mother country or the land of their forebears, wish to continue their academic studies, broaden their knowledge of the contemporary world and maintain contact with Polish science and culture.

„…PUNO has a special symbolic and emotional significance for me: it stood out for several decades as the only authentically free expression of Poland’s intellectual tradition. Your voice was a constant reminder that free thought is the essential component of political freedom. And I also know how much effort and sacrifice were required to keep PUNO alive so that its voice would be heard. I am honoured now to be part of you, knowing as I do now how much Poland owes to PUNO…”

Post-graduate studies:
One- or two-year postgraduate courses for students with at least a Bachelor’s degree. We offer:

Lecture cycles and individual open talks:
These focus mainly on Polish science and culture, and their European and world contexts. Covering a wide range of subjects, they are often delivered by prominent academics from Poland.

University of the Third Age and of Other Ones:
PUNO subscribes to the European Lifelong Learning Programme. Its three-year courses range from international relations, contemporary history, philosophy, sociology, literature and the arts to applied psychology, modern town planning, architecture and public art in contemporary Europe.

Course in Polish Culture:
This can be attended, free of charge, by members of all generations who wish to maintain contact with Polish science and culture. The most frequent subject area of lectures in the last three years was Polish-British relations.

Professors from Polish universities at PUNO

Outstanding academics, renowned professors in the annals of PUNO

Over 50 honorary doctorates awarded since 1969

Among the most recent initiatives undertaken jointly by the Centre for Sexual Health and the Academic Society of Students and Graduates of PUNO was the drafting and distribution of three leaflets targeted at different age groups entitled ‘Healthy Loving’, as part of a campaign of assistance for émigrés, linked with World AIDS Day.

These events offer the Polish community a chance to participate at workshops on psychological topics, while for teachers there are seminars on active methods of teaching Polish as a foreign language, history, geography and social studies.

The first in a series of PUNO April Conferences dedicated to the memory of the last President of the Polish Republic in Exile, Ryszard Kaczorowski, who died in the Smolensk air disaster on 10 April 2010.

Participants of the latter two conferences included young Polish psychologists resident in the British Isles, psychologists from Poland and British psychologists. Topics included the return of Polish migrants to Poland after 2004, processes of acculturation of Polish immigrants in British society, and migrations in the context of a multicultural society.

Conference output is recorded in book publications in Polish or English, e.g.: